Etah is well connected to other nearby, as well as distant parts of the state with the major expressways and highways of the country. These important roadways include National Highway 91, Grand Trunk Road (Sher Shah Suri Marg) and Yamuna Expressway that passes through Etah. These roadways also make Etah accessible from other prime locations outside Uttar Pradesh. The local transport facilities in Etah include buses, auto rickshaws and rickshaws. Bus services from Etah make it approachable from its nearby cities like Agra and New Delhi. Bus services from Agra ISBT are available on a regular basis between Agra and Etah. Other cities close to Etah are conveniently linked to Etah with daily bus services. Luxury Volvo AC bus services from Etah are also available to several important cities on a daily basis. Non-AC buses for general conveyance also ply regularly along the nearby highways and roadways to and from Etah. Cars, motorbikes and cycles happen to be the commonest means of private transport in Etah. The Indira Gandhi International Airport is the nearest airport to Etah, located in New Delhi. 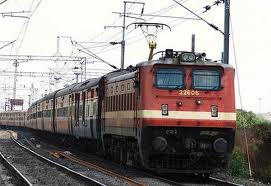 The Etah railway station plays a very important role in connecting Etah and its nearby areas with other places of significance in Etah District and its neighbouring districts in Uttar Pradesh. The railway station in Etah is positioned along the Barhan-Etah rail route. In 1959 the Barhan-Etah broad gauge railway route was created with a width of 1,676 mm and a length of 61.80 km. The Etah-Tundla Passenger is the single train that serves this railway route of Etah. The railway track of Barhan-Etah is a part of the North Central Railway zone.

The station of Etah Terminus is located before the Etah Railway Station on the Barhan-Etah railway track and the station that lies along this railway route after the Etah railway station is the Jawahar Kamsan halt. The Etah-Tundla Passenger 54468 runs daily along this rail route from Etah railway station to Tundla Junction. Other stations that come along this route include the Jawaharpur Kamsan Halt, Awagarh station, Kuswa station, Jalesar City, Shahanagar Timarua, Shivwala Tehu, Barhan and Mitawal. It takes about 1 hour and 40 minutes for Etah-Tundla Passenger to cover the entire route from Etah to Tundla.

The train schedule of Etah-Tundla Passenger is as follows:

Operating for 6 to 7 days round the week, morning to evening, the travel agents in Etah offer the best solutions and tips for traveling in and around. The Etah travel agents provide their customers with a wide range of professional services regarding business and leisure trips in the city. These services include organizing for sightseeing tours, bus trips, train tickets and air travel. 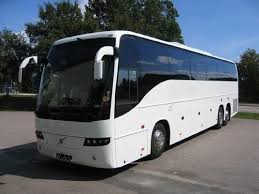