Localities and Areas in Etah 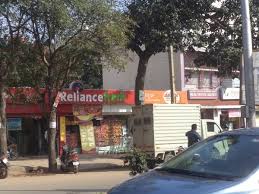 Etah is a beautiful but small town in Uttar Pradesh Etah is a historic city and so it has many areas and localities which date back to olden times. Etah has many areas, localities with markets and other important places, which are the seats of education and administration in the city. Apart from these locations, there are many areas in Etah meant particularly for business and economy. Some of the most popular localities/areas in Etah are: Gandhi Market, Dwarika Puri, Ghanta Ghar, Thandi Sadak, Radha Vihar Colony, Sheetalpur village, Maharana Pratap Nagar, Sanjay Nagar and Nangla Kewal.

The tehsils of Etah are: Aliganj, Jalesar and Etah Sadar. There are 8 blocks in Etah, namely Awagarh, Jalesar, Aliganj, Sakit, Marehara, Jaithara, Nidhauli Kalan and Sheetalpur.

The developing townships and urbanizing areas in Etah district are –

Awagarh - The town of Awagarh is a Nagar Panchayat of the Etah District. It is a culturally and historically rich part of Etah. The Jadon Rajputs had dominance over this area in Etah and Raja Balwant Singh was known to be a very famous Jadon Rajput of Awagarh. Raja Balwant Singh was the founder of the Raja Balwant Singh College in Agra, which got its name from him. He gifted a large amount of his land as donation to this college in Agra. Raja Balwant Singh is also popular in the region for his contribution towards the establishment of Shantiniketan with Rabindra Nath Tagore, the world famous Nobel Laureate of India. People of Awagarh depend on agriculture for their living and the people of the nearby villages sell their farm products in Awagarh. Jewellers, goldsmiths, sweet sellers and textile retailers also run a successful business in this area of Etah.

Jaithara – Jaithara is also a nagar panchayat of Etah district and a city in Uttar Pradesh with comparatively high literacy rate than the national average. Jaithara is not quite populated and children below 10 years comprise about 16% of the total population.

Jalesar - Jalesar is a municipal board and city in Etah district linked to nearby cities of Etah, Hathras, Aligarh and Agra (45 km). Jalesar has a wide number of local attractions in Etah like the Patna Bird Sanctuary, the urs mela and many Hindu temples. ‘Pital Udyog’ makes Jalesar popular and it is a well-known place for brass cast bells and other brass products made here. There are several areas in Jalesar, which include the Bari ka chowk, Gandhi chowk, Bara Bazar, Sherganj, Nala Bazar, Dargah Road and Loha mandi.

Marehra – The city of Marhera Shareef is a municipal board of Etah district, Uttar Pradesh. It is located within 255 km of Lucknow, which is the capital city of Uttar Pradesh, and 21.5 km of the Etah district headquarters. Literacy rate of Marhera is lower than the national average with population of more than 10 thousand.

Sidhpura – The nagar panchayat of Sidhpura is located at a distance of 23 km from the city of Etah and is accessible on bus from Etah. The literacy rate of Sidhpura is just below the national average with a population greater than 10 thousand.

Sakit – The town of Sakit is a nagar panchayat of Etah district in Uttar Pradesh. Sakit is a very significant historical location with ruins of an old fort and ancient stone inscriptions on a mosque located inside the fort. These exclusive stone inscriptions date back to the golden era of the Mamluk dynasty.