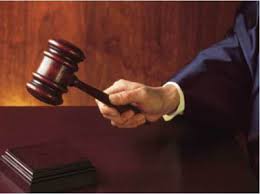 The district Etah is flanked by the districts of Badaun and Kasganj on its north and on its east it is bordered by the districts of Farrukhabad and Mainpuri. With the district of Firozabad lying to its south, Etah district is positioned in the fertile plain of Doab amid Yamuna and Ganga in the western part of the Aligarh division of Uttar Pradesh. The District Court of Etah was established in 1951.

Prior to Independence, the judicial courts included the Aligarh courts of the District & Sessions Judge. The District & Sessions Judge’s jurisdiction used to embrace the courts of the Munsif of Kasganj, Munsif of Etah and the subordinate judge in Etah. The Etah Munsifi held the tehsils of Aliganj, Etah and Jalesar whereas the Kasganj Munsifi contained the tehsils of Patiyali and Kasganj. The District Kasganj was excluded from the Etah District during the month of November in 2008.

Here is a list of the juducial officers in Etah:

Explore more about Administration in Etah