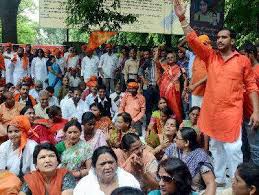 Etah is a developing city of Uttar Pradesh. The city is culturally quite diversified, populated mostly with the Rajput inhabitants and Yadav citizens. Culture of Etah is embodied explicitly in the lifestyle and activities of the city dwellers in Etah, which include the languages they use, the religions they belong to, their costumes, the festivals they celebrate throughout the year, the newspapers they read and their aesthetic sense expressed in their music, dance and other forms of art.

The Yadavs comprise a major part of the population in Etah and agriculture and farming are their primary means of earning a living. With time though, they have shifted to other fields like construction, transport, police, army and other administrative areas. Rajasthan is one of the neighbouring states of Uttar Pradesh and is located in close proximity to Etah. As such the Rajputs also inhabit Etah in great numbers. Rajputs are mainly the descendants of the warrior kings of Rajasthan, residing mostly in the northern regions of India. People from other neighbouring states of Uttar Pradesh, like Madhya Pradesh and Haryana, also contribute considerably towards the population of Etah. These people in Etah, belong to diverse cultural backgrounds, thus making this city an interesting seat of Indian culture.

Hindi is the official language of Etah, spoken and written extensively throughout the area, though other regional languages are also used by the people of Etah. Apart from Hindi, English language is also another medium of education in Etah. Urdu is another important language used and taught in Etah.

As an emerging city, Etah is making progress in every aspect of its culture, which includes the dresses worn by the people of Etah. Conventional clothing includes lungi and dhoti for males and saris for females. Dresses like kurta-pyjama for males and salwar kameez for females are also worn extensively by the people of Etah. Wearing topi or pagri as a head gear is common in Etah. Formal attires for men in Etah during festivals include sherwani and churidar. Western dresses are extensive among the people in Etah, which comprise shirts and trousers.

Dance classes in Etah are meant to train children and adults as well, in various types of dance forms such as Bollywood dance. Professional training provided by Etah dance classes help artistes to pursue dancing as a promising career option. These classes in dance are usually conducted 6 days a week, considering Sunday as a holiday. Etah dance classes begin at around 9.30 in the morning and continue around 6.30 in the evening. Payment received at these dance schools in Etah includes the modes of cash, money order, cheque, traveller’s cheque, diners club card and all major credit and debit cards.

Fairs and Festivals in Etah

All important national festivals of India are celebrated in Etah. Celebration of other famous religious and local festivals of India like Holi, Diwali, Ram Leela during Dusshera, Eid, Muharram and other events of religious importance are also an integral part of Etah culture. In the month October Ram Leela is celebrated with zeal and fervour at Pandav Maidan, which is an open air venue in Etah. During the months of December, January and February, the Pandav Maidan is used as a venue for various exhibitions. Fairs, dance competitions and kavisammelan are the different activities that are held during the celebrations of Ram Leela and these local exhibitions in Etah. Shooker Mahotsava is a popular festival celebrated every year at Kachhala, which is one of the river banks of River Ganga located in Soron.

The Kampil fair is celebrated in March at the village of Kampil (earlier known as Kampilya) in Kasganj Tehsil of District Etah. Kampil, lying along the River Ganga banks, is known to be the administrative centre of King Dhrupad of Mahabharata. Kampil is also popular as the birthplace of Brahlan Vimal Nath, the 13th of the Jain Tirthankars. Lord Mahavira is also known to have visited the village of Kampil, which still has archeological evidence of the Jain era.