Etah district was termed as one of the most backward districts in India in 2006 and the Backward Regions Grant Fund Programme is recently supporting the economy of the district. However, considerable development in the economy of Etah is noteworthy. The Government of Uttar Pradesh is taking initiatives to boost up the economic condition of the district and the city as well. The Railway Ministry is working on the express trains from Etah to Agra, Aligarh and New Delhi. The Ministry of Environment is supervising the setting up of a 1320 MW thermal power plant in Jawaharpur village located within 10 km of Etah to increase power supply in the nearby areas of the city. 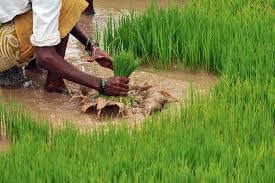 Agriculture is the chief source of economy for the people of Etah, the cultivable land of Doab being extremely productive due to its location on the plain between the rivers Yamuna and Ganga and also due to the availability of irrigational water from the nearby perennial rivers. In fact, agriculture contributes extensively to the economy of Etah as the peasants are able to cultivate their lands for three crops a year. Economy of Etah has improved with the production of several important crops like wheat, rice, bajra, jowar, maize and barley. Tobacco cultivation in the nearby town of Raja Ka Rampur also plays a significant role.

Etah is home to many tourist destinations and local attractions in Uttar Pradesh, which include several historic places and religious sites in Etah and its surrounding areas. The city in itself stands witness to various interesting historical events and comprises different cultural events and sites as the prime tourist attractions. Tourism industry in Etah, thus, including the hotels and restaurants, contribute to the business and economy of Etah to a greater extent.

With the initiatives of the various administrative bodies of the state government and other commercial organizations business and economy in Etah are flourishing across a diverse range of arenas.

The industries in Etah that are most prominent as far as their contribution to Etah's economy include agriculture and farming, readymade attires and embroidered fabrics, wooden furnishings, livestock and poultry, railway, roads, communication, public health, banking, education, non-metallic mineral based industry and repairing and service industry. The service industry comprises of servicing and repair of cars, other automotives, scooters and motor cycles. This industry also includes household items, cold storage and workshops. The most promising fields in service industry at Etah are hotels, restaurants, transportation, fitness centre, gymnasium and Information Technology.